The Savages of Jotun is a space-faring nation from the planet Jotun, and a member state of the Galactic Nations. The Savages are composed of the Nisi and Gleep species.

The Nisi were in their stone age, barely evolved from wild animals and hadn't even developed agriculture when the Sirians arrived, intent to turn Jotun, the Nisis' home world, into another of their bases during their vassalage under their Uplifters. Strangely enough, the Uplifters then ordered the Sirians to start capturing all the Nisi they could and start educating them about technology; with the implications that the Uplifters would soon come personally and begin genetically modifying the Nisi just as they had with the Sirians. The Sirians did as they were told, though not without some resentment at the implication that their vassalage alone was not enough; this resentment was directed towards the Nisi, who were directing their own resentment right back. The uplifters' plan probably would have gone through too, if the Great Dissolution hadn't happened right at that time. Amidst the confusion, the Sirian task force assigned to Jotun decided to pull back to Siria, and due partially to their resentment, didn't take any Nisi with them. Feeling that they didn't have time to take everything back with them, the Sirians meant to sabotage, destroy, or booby trap everything they left behind on Jotun, but unfortunately due to their retreat being so hectic, they left some things behind without safeguards. Things which, with the education on technology they'd just been given, the Nisi used against each other; but in that use, they started to learn in their own way, picking themselves up from where the Sirians had left them and slowly but surely advancing.

In due time, the Nisi reached space flight, and almost two hundred years ago, figured out FTL travel. As they began contacting other species, one of the first was re-contact with the Sirians, whom the Nisi quickly recognized from their stories of history. Declaring the Sirians as their mortal enemies due to their past actions against them, the Nisi went to war with Siria... And lost, horribly. Outmatched technologically, inexperienced in true warfare, and outnumbered by an enemy that had over half a millennia head start in expanding into space, the Nisi stood no chance. Rather than wipe them out or install their own government however, the Sirian Union forced the Nisi leader of the time, a Female named Ajirral, to sign the White Stars Agreement; a peace treaty heavily in favor of the Sirian Union which is still in place today. The White Stars Agreement just about made the Nisi into a puppet state of the Sirian Union in all but name. (Much to the confusion of the Nisi though, due to their culture.) It's said that this is where the Nisis' official government name came from; one of the Sirian negotiators using the term to describe the Nisi, and the Nisi deciding to keep it.

The Nisi live by a simple, unspoken rule; if you win in a fair fight, you should be in charge of your opponent. Though these fights rarely result in death, as the winner usually prefers subjugating their opponent to an assistant or advisory role, this nonetheless savage practice defines all levels of Nisi society, including their leader. The Nisi leader, titled as Warlord, is the ultimate ruler of their nation, which they've titled as the Savages of Jotun, or just “Savages” for short. The Warlord remains in power until their death or their defeat in a duel, at which point the victor of that duel becomes the next Warlord, unless it is determined that the fight was not fair; thus each Warlord's rule typically lasts less than 15 years, with the average being around 8 to 10 years. More often than not, the Warlord is a former member of the Nisis' elite assassin order, the Red Claws; an all Female organization of assassins who undergo intense training to overcome the Nisis' natural limitations in stamina and endurance. Since the Warlord is typically by default the best of the Red Claws, this by extension means that the Warlord of the Savages is reputed for being one of the most deadly personal combatants in the known galaxy. The current Warlord is Warlord Caniet, a 27 year old former Red Claw who's been Warlord for 8 years now. Due to the nature of their instinctive behavior, it is extremely rare to see any Male holding a position within the government. And unofficially, with the White Stars Agreement, the entire Savages' government answers to the Sirian Union.

Below the Warlord is three official departments of the government, each commanded by a chief who, as in nearly all things in Nisi society, typically got the position by dueling the previous holder of it; it's common for a freshly defeated Warlord to go duel one of the department chiefs and take their position.

Due to their lower than average intelligence, most of the Savages' technology was not developed by themselves, but rather reverse engineered from whatever they could buy and trade for officially, and whatever Nisi pirates brought back unofficially. As such, they are pretty much behind in all matters technologically compared to the majority of space faring nations. In combat, the Savages do their best to play to their natural strengths and weaknesses. In space combat, this translates to an extreme emphasis on fighter craft; all military and police ships large enough to initiate FTL travel are outfitted with a full compliment of fighter craft, and even some of their ships that cannot initiate FTL travel carry fighters. With their superior senses and reflexes, they attempt to out perform enemy craft, using a joint effort between fighter strafing runs and batteries from their carrier ships to disable enemy weapons, then engines. If successful, they will then typically board the enemy ship, as in general they prefer to take as much of the technology intact as possible, as well as possibly re-purpose the enemy ship into one of their own. In planetary combat, the Nisi again emphasize fighter craft and will attempt to gain an overwhelming aerial advantage; their ground forces will consist of mostly just sniper teams, as the Nisis' natural disadvantages in stamina and endurance make them terrible at being foot soldiers and performing in face to face firefights. Ground vehicles are usually at a minimum, with typically only light troop carrier vehicles deployed with the sniper teams; and that's if they aren't deployed with an aerial transport vehicle instead. As such, the only recorded instances of the Savages actually winning in a planetary engagement are those in which they gained their sought after aerial advantage. While still uncommon, it is not as unheard of as it is with the government for Males to join the military, however they usually only end up as ground team snipers.

Law enforcement is handled by the Department of Defense, though typically only violent crimes, outright theft, and organized crime will be pursued; many things other nations consider illegal, such as drug dealing, prostitution, and gambling are not considered illegal, and are ignored by the Department of Defense. Each department of the government maintains their own personal industry and infrastructure, suited to their own needs, (including the Red Claws) though hiring private contractors is not uncommon. The Nisi never really developed full on roads, so ground transportation as other nations see it is practically non-existent; instead the most common and popular method of transportation is public transportation via large helicopters and other VTOL craft.

Economically, the Savages are very capitalist, but they never bothered making their own currency. Instead they just use the currencies of other nations, both real and counterfeit, which is another staple of the private sector industry. Pirated copies of foreign media (sometimes literally pirated) also commonly circulate the industry. The remaining “legitimate” parts of the industrial sector usually deal in more accepted pharmaceuticals and the Nisis' own versions of media.They've also dabbled in things like cable cars and subway systems, to varying degrees of success. The private sector of the Savages' infrastructure has a portion dedicated to the manufacture of items that are prohibited or illegal in other nations; most of which is sold to tourists, and the rest sent to be smuggled into the nation in question.

Nisi culture is mainly influenced by their instinctive behavior, as is almost every aspect of their society. Female Nisi families are what form the whole of the Savages' society; typically a whole family, led by whoever is the best combatant in the family, will join or take on a given profession all together rather than separately. Due to this, splinter groups and factions, especially pirates, are extremely common in Nisi society, and their high amount of citizens who choose to go and be pirates in other nations is the main reason for the Savages' low reputation in the galaxy at large. The Nisi however, take it in pride, as their pride is in the way they fight; hence them choosing to name their own nation using the word “savages”, and their leader being titled as Warlord. These are not mistranslations or the terms other nations use for them; these are the words they use for themselves. Hating Sirians is practically a Nisi pastime, though surprisingly they have virtually no plans of turning against them any time soon. After all, in their culture, if you win you're in charge; and Siria definitely won in their fights. It doesn't stop the Sirian Union from being perhaps the top favored target of Nisi pirates though.

The primary Nisi language called Abbit, for all intents and purposes the only Nisi language, is actually very similar to Eqit because of the education given to them by Sirians centuries prior. Abbit still contains many of the same words as Eqit; though some of the definitions have changed in Abbit. Written Abbit is also visually identical to written Eqit, using the same characters; however the actual words are completely different, along with some of the characters being used rotated, flipped, or both compared to Eqit. Nisi have derived quite the bit of humor from written Eqit words and phrases that appear to mean something else, usually gibberish, in Abbit.

Jotun is located to the Galactic West of the Sirian Union, and South of the Ashkathi Union. Jotun is a warm, lush jungle planet with two moderately sized oceans that are completely separated from each other by landmass. Other than Jotun and some basic colonies in the same system, the Savages' have colonies in four other nearby systems, but only one with a planet that had remotely-breathable air; since the Savages' terraforming technology is lacking at best, the rest of their colonies are small and limited into domes and other indoor structures. Then they have claims on a number of other miscellaneous systems, primarily to the galactic West. 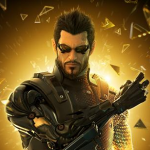 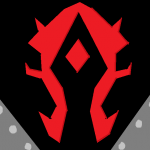